30+ Year Member of the Rolf Institute of Structural Integration 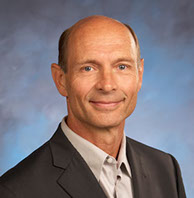 Gravity will either support you or undo you. It all depends upon your alignment.

James graduated from the University of Colorado with a Bachelor of Science degree in Biology. He completed his Basic Rolfing Training under Dr. Ida Rolf in 1975 and his Advanced Training in 1982, repeating the program again in 2002.

James has practiced in London, Paris, Geneva, Brussels, Italy, Hong Kong, Alaska, Hawaii and California. He was instrumental in establishing the Rolf Institute in Munich, Germany and has been featured in magazines and newspapers and appeared on radio and TV shows. His clients have included A-list Hollywood celebrities; professional, Olympic and amateur athletes; professional dancers and concert musicians, Mount Everest summiteers and team physicians and high-ranking government and United Nations officials. James now practices in Laguna Niguel, California.

A skydiving accident in my early twenties left me in so much pain that at times I could barely stand. Like most people in my situation, I visited every health care specialist I could think of, but no one could provide me any relief. Then I heard about Rolfing.

I still remember going in for my first session and how I protested when the Rolfer began working on my chest, assuring him that there was nothing wrong with my chest and that all I needed him to do was fix my back. He smiled and continued working on my chest, and then my hips and legs, which I was sure had nothing to do with my back. The next session, he began working on my feet and I protested again. This pattern repeated itself for the next few sessions until I finally gave up and just let him do his work.

But then something strange started happening; I noticed that my breathing and movement patterns were improving and the pain in my back was subsiding. After each session my condition improved until by the end of the tenth session I felt like a 10-year-old again. I was enrolled in a pre-med program at the University of Colorado at the time, but was so impressed by the changes brought about in my body through Rolfing that after graduating I applied to the Rolf Institute. Today I’m still pain free, active in all kinds of sports and occasionally still go skydiving.

At one point in my career I took my work abroad and introduced Rolfing to various parts of the world, sometimes in countries where I couldn’t even speak the language. Yet I always found Rolfing well received. Good health, I discovered, is a language understood by everyone. My travels taught me a lot about cultural differences and how they affect our structures, but ultimately it comes down to the individual. Nothing gives me greater pleasure than to hear someone stand up after a session, clear-eyed, and say, “Something feels different!” Then I know that person is on the road to change.

We often look at the human body a
collection of individual parts: heart, eyes, feet, etc. But from a functional standpoint, it operates as a single, dynamic whole: when one part of the body becomes compromised, the entire structure is affected.